You can’t have helped but notice that the UK is in the midst of a General Election, our third in four years. Yet none of the political parties seem to want to talk about one of the major issues of our time – the chronic shortage of housing.

Currently, the main two parties are yet to publish their manifestos, and we may hear more once they do. Labour have pledged to build 1 million affordable homes by 2030, while the Tories are still (for now) pledging 3 million homes over 10 years – the same pledge they made in 2015 and 2017. 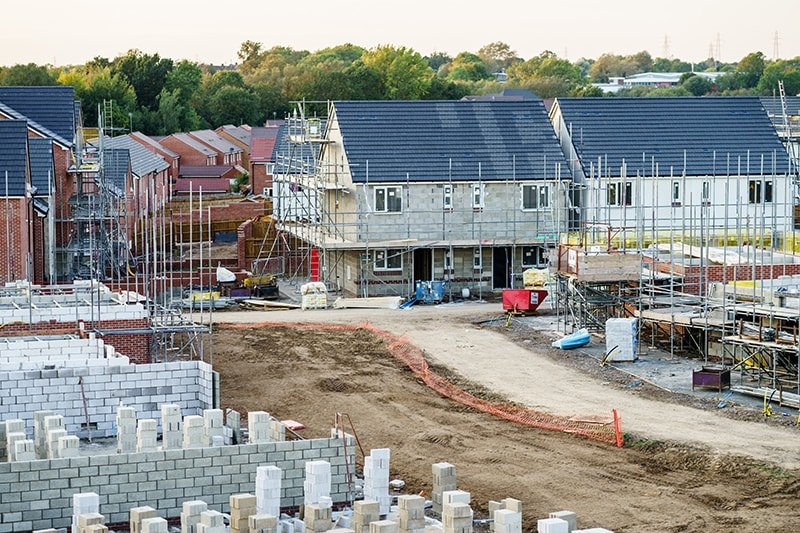 Housebuilding rates currently stand well below that which would be required to meet either target – and neither party has given any detail on how they would increase the rate of housing supply. Yet with a record number of people without a home at all, with increasing house prices and increasing demand, and with an ever increasing number of people in overcrowded households, the crisis is acute.

In the year to June 2019, some 173,000 homes were completed. But only 160,000 homes were started in the same period, which suggests that next year the completion figure may decline. And neither figure is anywhere near the 300,000 dwellings a year the Tories need to meet their target.

Labour’s figure of 1 million genuinely affordable homes relies on 100,000 such homes being built every year; last year just 47,000 new affordable homes were created, with only 42,000 of these from new build. So Labour either needs to get Government to directly build many more dwellings – their preferred solution – or to increase total house build rates towards the Tory housing target. At this rate of delivery of affordable homes, the two targets appear to be different expressions of the same aim.

In order to meet housing growth demand, the Government would need to build about 250,000 to 275,000 new homes each year – and about 75,000 of these would have to be affordable homes. With delivery well below that for decades – its a level of housebuilding that hasn’t been seen since the 1970s – substantial changes need to be made to the housing market in order to improve supply.

One thing that is certain is that local councils need to be building new housing. Not exclusively – where that’s been tried, local housebuilding has fallen and overall numbers of affordable homes has fallen. But local councils must be delivering housing quickly and efficiently in order to meet the need. This is most likely to be delivered best through a public private partnership, where a local authority housing organisation provides the funding to a house builder, with a rigorous set of performance indicators, in order to rapidly deliver new housing. Local authorities should also focus on reusing the brownfield sites within their ownership, and government funding should be available for LAs to clean up contaminated land for residential housing.

There has to be more action from the volume housebuilders, as well. A comparison of delivery rates between different house builders reveals that the quality of the product bares little relation to the time it takes to build. Local authorities should start to take delivery rates into account when assessing planning permissions, especially since the introduction of the Housing Delivery Test. Yet we have still to be asked about delivery rates during the planning process.

More should be done to better resource planning departments, so that more resources can be brought to bare on condition discharge, which is often what holds up development. Equally, local authorities should be discouraged from removing sites from local plans unless they have significant evidence that the site is no longer suitable for housing. Once a brownfield site is allocated, it makes no sense to remove it from the Local Plan undeveloped, especially if a neighbouring authority then has to allocate a green field site to make up a shortfall.

Our demands from Government would be:

We use cookies on our website to give you the most relevant experience by remembering your preferences and repeat visits. By clicking “Accept All”, you consent to the use of ALL the cookies. However, you may visit "Cookie Settings" to provide a controlled consent.
Cookie SettingsAccept All
Manage consent